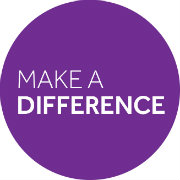 Talk and debate around suicide and mental health issues amongst the student population.

At a time of a global pandemic and international lockdown and the consequential decline in human contact, there has been an exponential rise in mental health difficulties. In this event, and in association with the mental health charity, SOS Silence of Suicide, we hope to open up the debate about suicide and de-stigmatise the silence that surrounds this.

Greenway-Mansfield, who have sadly lost their own daughter to suicide a few years ago. Michael Mansfield is one of the country’s most prominent human rights lawyers (Stephen Lawrence inquiry, Jean Charles de Menezes, Guildford Four etc) and a great speaker. Their charity’s website can be found here: https://sossilenceofsuicide.org

Manchester University's Student Union. They will be speaking on the challenges of student university life during COVID (and beyond) and on the support the University offers to students regarding mental health.

Our final guest will be Barbara, Deputy Director of Manchester and Salford Samaritans. Samaritans provide round the clock support for those struggling To cope.

The talk will be followed by a debate.