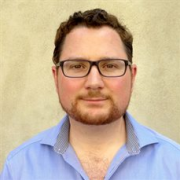 Nic Cheeseman, Professor of Democracy at the University of Birmingham and the author of How to Rig an Election

Contrary to what is commonly believed, authoritarian leaders who agree to hold elections are generally able to remain in power longer than autocrats who refuse to allow the populace to vote. Calling upon first-hand experiences, hundreds of interviews and election reports from Kenya, India, Nigeria, Russia, the United States, Zimbabwe and more, Professor Cheeseman will expose the limitations of national elections as a means of promoting democratisation, revealing the six essential strategies that dictators use to undermine the electoral process in an attempt to guarantee victory. How to Rig an Election has been described as “essential reading for everyone who wants to get democracy right again” by A.C. Grayling, “clear, punchy and potentially revolutionary” by Michela Wrong and the “one of the books of the year” by the Centre for Global Development.

Signed copies of How to Rig an Election will be on sale after the event.

This talk is hosted by the Global Development Institute's Politics, Governance and Development research group

Biography: Nic Cheeseman is Professor of Democracy and International Development at the University of Birmingham. In addition to numerous book chapters, he is the author of Democracy in Africa: Successes, failures and the struggle for political reform (CUP, 2015) and over twenty journal articles including "Rethinking the 'presidentialism debate': Conceptualizing coalitional politics in cross-regional perspective" (Democratization, 2014), which won the inaugural GIGA prize for the best article published in Comparative Area Studies. Professor Cheeseman is also the editor of the collections Our Turn to Eat: Politics in Kenya Since 1950 (2010), The Handbook of African Politics (2013), and African Politics: Major Works (2016), and two special issues of the Journal of Eastern African Studies on the Kenyan elections of 2007 and 2013. Most recently, he published How to Rig an Election (2018), which attracted considerable academic, policy and media attention around the world.