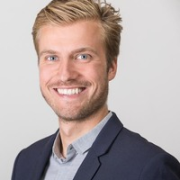 Since initiating a set of large-scale reforms in the field of football at the highest political level in 2014, China is aiming to become a leading football nation by 2050. With a clear focus on a strong men’s national team, China’s professional football clubs should function as breeding grounds for local talent and a driver of a still comparatively underdeveloped football industry.

Following the government’s call, football is seeing a huge boom in recent years, with numerous new actors with diverse goals entering Chinese professional football. But what drives this boom and its main actors? What are the motivations and constraints of Chinese football investors in the nexus between sport, business and politics? The talk tries to give answers to these questions and elaborate on the reforms six years after their launch.

Biography: Tobias Ross is a doctoral researcher at University of Nottingham studying Chinese state-business relations in the case of China’s football industry, while working as a professional freelancer in sports marketing. Before his PhD he has been working for four years for the German Bundesliga in international marketing. He is holding a MA in Development Studies from Beijing Normal University (China) and a BA in Business and Mandarin from University of Applied Sciences Bremen (Germany).