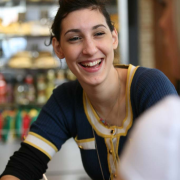 Tuesday 23 July, 5.30-6.30pm. Buy a glass of wine or cup of coffee, meet people and discuss books inspired by the Museum’s new Nature’s Library gallery and brought to life by Museum objects.

This month’s book is The Call of the Wild by Jack London.

The story takes place in the Yukon at the time of the 19th-century Klondike Gold Rush when strong sled dogs were in high demand. A dog named Buck is the central character, who at the beginning of the story is domesticated, but when he is snatched from a ranch in California and sold into the brutal life of an Alaskan sled dog he reverts to more atavistic traits. Buck is forced to adjust and survive the cruel treatment, fight to dominate other dogs, and survive in a harsh climate. Eventually he sheds the veneer of civilization, relies on primordial instincts and the lessons he has learned, to become a leader in the wild.