Endurance, migration, and forms of politics in the new Europe - 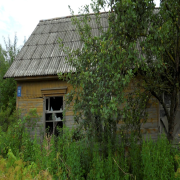 Following the 2008 crisis, the Latvian government implemented severe austerity measures, which propelled Latvia into the international limelight as an exemplary apprentice of neoliberal economics and as a forerunner of Europe’s neoliberal future.

Meanwhile, back in Latvia, the government appealed to Latvia’s residents to express solidarity with the state. This solidarity was to manifest as “tightening of belts” for the sake of collective flourishing in a distant future. Latvia’s residents were asked to endure, that is, to persevere with living even as resources for doing so were severely diminished. Those who could not endure the present in the name of a distant future left the country. In contrast to the emerging normative enduring subject, they variously became “traitors”, “Eastern European labour migrants” or, subsequently, “members of diaspora.”

In this talk, I consider endurance and migration as two forms of political agency in the context of post-crisis Europe.

First, I focus on the tension between endurance as a politically enabling perseverance of actual or desired lifeworlds in the face of hegemonic forms of power and endurance as a tool of government that co-opts people’s capacity for survival in order to implement fiscal discipline.

Here I am especially interested in tracing the conditions that make many people in Latvia willing to endure for the sake of a collective state-based future. Thereafter, I consider migration as a form of agency that works against the Latvian state’s attempts to make subjects endure, as well as is co-opted by the Latvian state as it labours to make diasporic subjects out of “traitors.”

In undertaking this analysis, I aim to use endurance and migration as lenses for thinking about emergent forms and subjects of politics in contemporary Europe.