Why do voters prefer politicians in power? 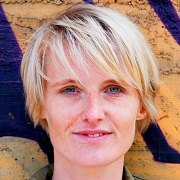 Special Democracy and Elections seminar The Incumbency Bias: When the Wisdom of the Crowd Fails by Catherine De Vries, University of Oxford

The incumbency advantage is a well-documented finding in the literature on elections and political choice. This advantage is mostly attributed to candidate characteristics, such as office experience, name recognition or resources.

We know much less about the micro foundations of why voters prefer incumbents. Are voters inherently more likely to vote for the incumbent than for a challenger, and if so why? Observational evidence suggests that voters employ incumbency as a decision rule, yet it has proven difficult to identify the exact reasons why voters display an incumbency bias.

This is mainly due to the complexity of the real world in which incumbent candidate characteristics, such as performance in office or name recognition, are difficult to disentangle from the viability of challengers. In this article, we combine unique voter and expert survey data from the cooperative congressional election study (CCES) from 2006 with evidence from simplified experimental games to test the robustness of the incumbency bias and examine rival explanations.

The survey and experimental evidence suggests that voters are more likely to support an incumbent even if this candidate is of slightly worse quality than the challenger. Only when challengers considerably outperform the incumbents will voters reward them. Interestingly, our laboratory experimental evidence shows that this incumbency bias is robust even if we strip candidates of important characteristics, such as office experience or name recognition, and fully inform voters about the quality of incumbent and challenger performance. What is more, our experimental findings suggest that the incumbency bias is largely the result of group conformity as incumbency status allows voters to deduce information about the majority group preference. In other words, even if an individual voter may yield a slightly higher profit from voting for the challenger, she is more likely to follow the wisdom of the crowd and conform to majority group preference for the incumbent.