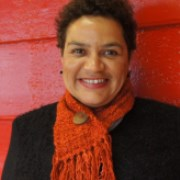 Angela Davis is an icon who, for over 50 years, has inspired others through her political thinking, activism and leadership. One of the world’s most prominent social justice campaigners, she has consistently highlighted the impact of the structural inequalities which feed racism, poverty and misogyny. Drawing on her own experience in jail and on trial in the 1970s, as well as extensive research, Angela’s recent work focuses on the social problems associated with incarceration and the criminalisation of those communities most affected by poverty and racial discrimination. In 2020, TIME named Angela their Woman of 1971 in their 100 Women of the Year. She is the author of ten books including Women, Race and Class, Are Prisons Obsolete? and Freedom Is a Constant Struggle: Ferguson, Palestine, and the Foundations of a Movement. Angela will be in conversation with Scottish Makar and MLF Patron Jackie Kay.

A Manchester Literature Festival event presented in partnership with the Centre for New Writing and Creative Manchester.

Approximate running time 60-75 minutes. This event will be available for ticket holders to watch for 72 hours after the streamed broadcast.