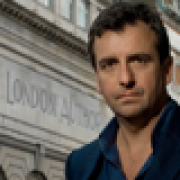 Tony White, Dicky Star and the Garden Rule. Saturday 13 October, 8pm. Free. Dicky Star and the Garden Rule follows a young couple through the turbulent days at the end of April 1986 when the world’s worst nuclear accident occurred at the Chernobyl nuclear power plant. In an added twist, each chapter is told using all of the answers to the Guardian Quick Crossword from that day in 1986. Join author Tony White as he talks about writing this book which was specially commissioned to accompany Atomgrad (Nature Abhors a Vacuum) by artists Jane and Louise Wilson, a series of works commissioned to reflect on the 25th anniversary of the Chernobyl disaster. Tony White is the author of novels including Foxy-T (Faber) described by Toby Litt in the Glasgow Herald as, ‘one of the best London novels you’ll ever get to read.’