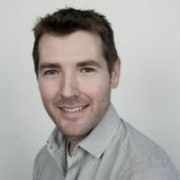 Just a reminder of the joint Global Political Economy and Critical Global Politics Clusters’ Research Seminar at 3pm on Wednesday 3rd February, in 5.207 University Place. Please do advertise to your students.

‘The British Rebalance to Asia: Promises and Prospects’

With a change of government in 2010 the focus of UK foreign policy turned to deepening ties with so-called ‘emerging powers’ and other rapidly developing areas of the world, particularly Asia. This analysis outlines the form the UK’s ‘rebalance’ of attention and resources to Asia is taking, with a particular focus on South East Asia, to address a relative neglect of contemporary British policy and presence in among the most dynamic and rapidly evolving parts of the world. It then investigates how this ‘rebalance’ is being received in S E Asia and therefore the forces which are both enabling and restricting the UK’s ability to achieve its goals. To do so it draws from formal and informal interviews conducted with ambassadors and deputy ambassadors to the UK of ASEAN (Association of South East Asian Nations) member states, and staff of the UK Foreign and Commonwealth Office, relevant British NGOs, the foreign ministries of ASEAN states, and of South East Asian think tanks/research institutes. Finally, the article applies the findings of the analysis to engage with theoretical debates about power and, in particular, the importance of prestige in international affairs and how, in ways traditionally overlooked, a relative lack of ‘hard’ material power can conversely increase a state’s presence and influence and work to the advantage of its foreign policy strategy.