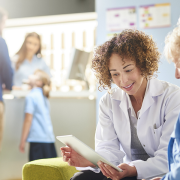 Making a Blueprint for Reform: Learning from health and care devolution in Greater Manchester

This seminar will discuss research findings regarding health and social care devolution in Greater Manchester over the last two years.

It will include an overview of how devolution policy has developed; what this has meant for changes in accountabilities, responsibilities and new organisational forms in Greater Manchester, as well as early changes to services; and draw connections with on-going changes in the English NHS and Local Government in relation to place-based working, integration and new models of care.

It will discuss what lessons might be learnt from the Greater Manchester experiment, given it has been paradoxically positioned as both an initiative that the city-region was uniquely placed to undertake, and as a blueprint for reforms elsewhere in England.

Anna Coleman is a Senior Research Fellow in the Health Policy, Politics and Organisations (HiPPO) team at Centre for Primary Care. She has a background in local government, but since joining The University of Manchester has focussed her work on health and care policy, commissioning and partnership/integration across sectors. Currently Anna is working on projects associated with changes following the Health and Social Care Act 2012, health devolution and new models of care.

Colin Lorne a Research Fellow at the Alliance Manchester Business School. He has a background in social and urban geography with an interest in devolution and state re-structuring, policy mobilities and urban transformation. As well as researching health and social care devolution, he has been undertaking a Royal Geographical Society Institute of British Geographers (RGS-IBG) funded project on the spatial politics of accountable care organisations and how trans-national policy models are adopted and adapted into local NHS reforms.