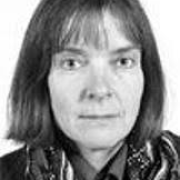 The reliance of welfare recipients on the state is classically framed (and demonised) as a relation of abject dependency. Critical voices in austerity Britain have drawn attention to government efforts to reconfigure that relationship, by ‘reforming’ welfare, withdrawing benefits, remaking the grantee as a repaying loan-taker, and turning welfare dependents into responsible, autonomous citizens. This paper, based on research in the advice (and specifically debt advice) sector in London and southern England, challenges and complicates that narrative, showing that dependency may involve unexpected directionalities of reliance. First, in a context of partial state withdrawal, charities have created a parallel (even privatised) regime of care and support, making herculean efforts to stitch together complex patchworks of alternative funds from various sources. Second, local authorities often act as both funders and guarantors of social security and housing, proving that the citizen-state-society nexus is less easy to untangle than often supposed by critics of the neoliberal turn. Finally, in this setting where welfare beneficiaries are often on insecure working contracts rather than being completely unemployed, those who make use of advice services, who appear as state dependents in one register, are those-depended-upon in another. Transnational migrants, in particular, send remittances abroad to relatives who rely on them, while simultaneously relying on certain aspects of the welfare system in the UK.

Organisation: The London School of Economics and Political Science