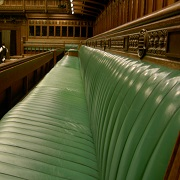 The growth in support for of far right political parties, coupled with increasing immigration to Europe and more ethnically heterogeneous societies has highlighted a general need to understand how the particular interests of ethnic minorities are being represented in political processes. This study looks at the United Kingdom parliament, which in 2010 saw the election of a record number of MPs from Black and Minority Ethnic (BME) backgrounds. On this basis it would appear that there is at least some degree of descriptive representation of these groups, whereby these MPs share certain characteristics of ethnicity, religion and culture with minority populations. What is less clear is whether this translates into substantive representation.

This study, which is part of a larger thesis on political representation of ethnic minorities in the UK, draws on Jane Mansbridge’s (1999) argument that substantive and descriptive representation are linked, insofar as constituents from ethnic minorities should favour representatives who share their characteristics in case a “critical event” arises, at which time they will benefit from having these descriptive representatives inside Parliament acting or speaking on their behalf. For this to be true, however, we would suppose that BME MPs would be most likely to speak in the Commons when such critical events arise. The study examines a series of such critical events, the passage of successive anti-terrorist legislation in the UK (2001-2015). Some of this legislation was tabled in response to specific events, such as the 9/11 and 7/7 attacks in the USA and London; others reflect more general concerns. However, many of these laws have been criticised as being discriminatory or even “draconian” and encouraging racism. Using transcripts from Hansard of debates and committee meetings during the passage of these Bills, this study examines who speaks and what they say to explore whether there is any evidence of substantive representation amongst BME MPs.

This analysis finds that only 15 out of a possible 36 BME MPs spoke at any time in the passage of this legislation, raising concerns about the strength substantive representation for this group. It also looks further at what is being said, using Corpus Linguistic Analysis to compare the speech of BME MPs with Non BME MPs, finding that BME speech focuses on the ethnic minority communities and that there are salient differences in the way that some groups, such as the Muslim community, are framed within the debates.

The study concludes that substantive representation by BME MPs is likely to be occurring however it is potentially limited by the small number of BME MPs who are speaking. These findings have implications for the representation of the ethnic minority population within Parliament.