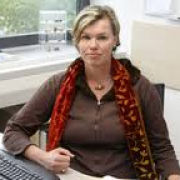 The Invention Of Kinship In Colonial West Africa

Critical debates on the effects of colonialism in Africa and elsewhere have broadly discussed the many transformations of political belonging and power during colonialism. It was argued that chiefdoms, rulers, ethnic boundaries and even tribes were invented and re-configured by colonial interventions and through the interplay of local agents with colonial authorities. However, kinship, being labelled as the central way of organizing politics in so-called state-less societies, has itself remained an alleged given fact of societal organization. In general, research on colonial transformations of kinship practices did not explicitly challenge the assumption of the very existence of kinship as a shared and basic concept of reference in African societies. In my contribution, I am critically examining ways of speaking, remembering, knowing and expressing the concept of famille in colonial Dahomey that could, today be seen as a common, shared and inter-ethnic point of reference in the republic of Benin /the former Dahomey. My argument is that this notion that reflects a bilateral genealogical notion of extended webs of kinship has been introduced by colonial practices, especially with regard to succession, descent, filiation, and marriage on the one hand, and with the introduction of a codified indigenous law on the other. This can be understood as a European imagination of “the others” as kinship based societies. This process has left its marks in Dahomey up to the point that the term “famille” or, less prominent, “parentée” is today integrated as a loan word into the local languages any ways of communication. It is also reflected in religious speeches in local languages which are using forms of addresses like mero bisibu (“kinsmen”) as cover terms for parochial evocations of the Christian community. People are thus referring to the European imagination of kinship when talking, for instance, about parenting practices.