A conversation with Dr Flora Sapio - Reform and Opening Up at 40: The Chinese One Belt One Road Initiative and European Reactions 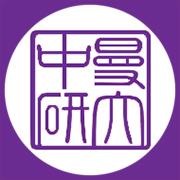