'What good is playing at being a state?' - key note lecture by Professor Davina Cooper 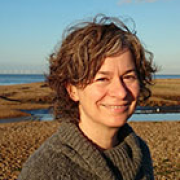 Davina Cooper is a Professor of Law & Political Theory at the University of Kent. Her work approaches questions of transformative politics – their possibilities, limits, and conflicts - in relation to the state, experiments in living, and cultural diversity. Her work focuses on bringing new conceptual thinking to these spaces and politics, and in turn works from these sites to explore new ways of conceptualising the state, power, care, equality and markets.

Her current project explores what it could mean to be a state in ways that tie political governance to progressive transformative politics; the book from this project grounds its reimagining in the transnational struggle currently taking shape over conservative Christian refusal to support gay-positive initiatives.

Earlier books include: Everyday Utopias: The Conceptual Life of Promising Spaces (Duke UP, 2014); Challenging Diversity: Rethinking Equality and the Value of Difference (Cambridge UP, 2004); Governing out of Order: Space, Law and the Politics of Belonging (Rivers Oram, 1998); Power in Struggle: Feminism, Sexuality (Open UP, NYU, 1995); and Sexing the City: Lesbian and Gay Politics within the Activist State (1994).

Between 2004 and 2009, Davina directed the AHRC Research Centre for Law, Gender & Sexuality. And before then was Faculty Research Dean for the Social Sciences at Keele University. She has been a specialist advisor to the British Parliamentary Select Committee on Education focusing on their HE enquiry; and has sat on various academic grants boards and panels. She has been a trustee of the Law & Society Association (US), and member of a range of journal editorial boards and international advisory committees.

She founded and co-edits the academic book series, Social Justice, with Sarah Lamble and Sarah Keenan, published by Routledge.

She has been a London magistrate, and between 1986 and 1990 was a locally elected councillor, and committee chair on Haringey Council, London.