Psappha in collaboration with Vaganza 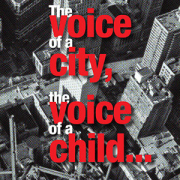 PSAPPHA: The University of Manchester’s Contemporary Ensemble in Residence Manchester’s pre-eminent new music ensemble specialising in the performance of music by living composers.

VAGANZA: The University of Manchester’s New Music ensemble A platform for student performers to showcase new works by undergraduate and postgraduate composers, alongside a wide and eclectic range of 'classic' works by the leading composers of our times.

Edgard Varèse, in jazz-age New York, heard the blare, the energy and the conflict, and integrated it. Claude Vivier, half a century later, expresses himself as a child in a dream world of shining harmonies.

Half a century later again, Joshua Brown adds his own voice.

Plus Stravinsky: a crazy-funny farmyard fable and wind instruments chanting out of the distant past.