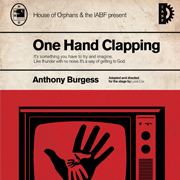 Janet doesn’t want their lives to change that much – she’s quite happy working at the supermarket, cooking for her husband three times a day, watching quiz shows in the evening. But once Howard unleashes his photographic brain on the world, the once modest used-car salesman can’t seem to stop. And what he sees as the logical conclusion to his success isn’t something Janet can agree to.