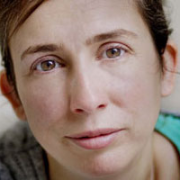 Abi Morgan has made a name for herself with television hits including 2005’s Sex Traffic, which starred John Simm and picked up eight BAFTAs, and 2008’s White Girl which won the Award for Best Single Drama. However, 2011 saw her suddenly shoot to fame with a string of high-profile triumphs. The public and critical reception of The Iron Lady with Meryl Streep picking up a BAFTA for Best Actress, Steve McQueen’s Shame and television drama The Hour went on to cement Morgan’s reputation as one of Britain’s best-known and respected screenwriters.

Please note that tickets are available from Cornerhouse