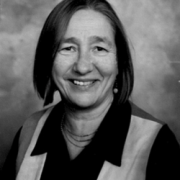 The lecture will discuss the aims, controversies, and methods surrounding a planetary approach to modernist studies. What are the potentials and problems of the planetary approach? How might the concept of scale—spatial and temporal—transform the study of modernism? How does rethinking modernity as multiple, polycentric, and recurrent assist in the development of a non-Eurocentric global modernist studies? What methods enable rigorous and contextualized approaches to planetary modernisms?

Susan Stanford Friedman is Hilldale Professor of the Humanities and the Virginia Woolf Professor of English and Women’s Studies at the University of Wisconsin-Madison, where she directs the Institute for Research in the Humanities. She has published widely on modernism, feminist theory and women’s writing, migration and diaspora, psychoanalysis, and narrative theory. Planetary Modernisms: Provocations on Modernity Across Time appeared in 2015. Other books include Comparison: Theories, Approaches, Uses, co-edited with Rita Felski (2013); Analyzing Freud: Letters of H.D., Bryher, and Their Circle (2001), Mappings: Feminism and the Cultural Geographies of Encounter (1998, trans. Into Chinese, 2014), Penelope’s Web: Gender, Modernity, H.D.’s Fiction (1990), Psyche Reborn: The Emergence of H.D. (1981), and the edited volumes Joyce: The Return of the Repressed (1993) and Signets—Reading H.D. (1991). She served as the President of the Modernist Studies Association in 2012, and she received the Wayne C. Booth Award for Lifetime Achievement from the International Society for the Study of Narrative. She co-founded the journal Contemporary Women’s Writing, and her work has been translated into ten languages.