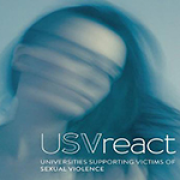 Join Professor Alison Phipps from the University of Sussex as she discusses sexual violence on campus.

The School of Physics and Astronomy and the Faculty of Science and Engineering are delighted to invite Professor Phipps to Manchester, in what will be a great opportunity for both students and staff to learn about the best approaches to support victims of sexual violence on campus.

Professor Phipps is a reader in sociology at the University of Sussex and was the co-author of two NUS reports that investigated lad culture in UK universities and the prevalence of sexual harassment and assault. She mainly focuses on the worrying epidemic of sexual assault in UK institutions, including:

Alison focuses on neoliberal discourse and how neoliberalism helps to suppress the need to talk about sexual violence as it focuses on finance and reputation rather than wellbeing, and how equality and diversity are subordinate to market concerns.

School of Physics and Astronomy