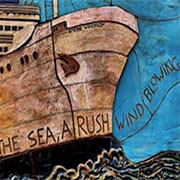 Free tickets can be booked via this link: https://www.eventbrite.co.uk/e/an-evening-with-jackie-kay-asylum-refuge-migration-tickets-20888082818?aff=es2

Please ensure that you bring printed copies of your tickets with you.

Jackie Kay was born and brought up in Scotland. The Adoption Papers (Bloodaxe) won the Forward Prize, a Saltire prize and a Scottish Arts Council Prize. Fiere, her most recent collection of poems was shortlisted for the Costa award. Her novel Trumpet won the Guardian Fiction Award and was shortlisted for the IMPAC award. Red Dust Road (Picador) won the Scottish Book of the Year Award, and the London Book Award. It was shortlisted for the JR Ackerley prize. She was awarded an MBE in 2006, and made a fellow of the Royal Society of Literature in 2002. Her book of stories Wish I Was Here won the Decibel British Book Award. She also writes for children and her Red Cherry Red (Bloomsbury) won the CLYPE award. She has written extensively for stage and television. Her most recent plays Manchester Lines (produced by Manchester Library Theatre) and The New Maw Broon Monologues (produced by Glasgay) were a great success. Her most recent book is a collection of stories, Reality, Reality. She is currently working on her new novel, Bystander.