Resistance to Zionism as Educative Practice 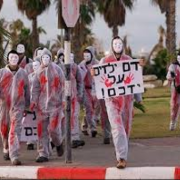 In analysing the relations between Jewish-Israeli society and the law, the common sense perception of law is of a sacred entity embodying national, social and moral values, to which obedience is the highest ‘social test’ that is being equated with loyalty to the state and to the Zionist ideology that sustains it. This view overlooks the fact that in the Israel, law is a fragile and dynamic instrument in the hands of political actors and dependent on the shifting political climate in the country. In this scenario, activities that disregard laws, military orders and other law-like social norms represent an ideological and intellectual rebellion against the Zionist idea that is embodied in the Israeli state and its laws. One clear manifestation of this are the activities of a minority of committed anti-Zionist Jewish Israelis, ‘members’ of the loosely defined groups of the ‘Anarchist Against the Wall’ and the ‘Boycott! Supporting the Palestinian BDS Call from Within’. These activists are constantly engaged in resistance practices that entail direct confrontation on the ground or cyber sphere but are also deeply involved in discourse formation that aims to challenge the Zionist consensus. The talk will investigate their resistance as knowledge-production and educative practice. Indeed, their resistance teaches the Jewish-Israeli public firstly about the reality of oppression, separation and denial of rights that Palestinians suffer from. Secondly, and crucially, it reveals to the Jewish-Israelis the boundaries of permitted and legally sanctioned political activity, about radical disobedience to the law and the possibility to overlook and disregard social conventions and legal norms, thus performing as an educative practice. Most importantly, this type of activity, that is largely Palestinian-led and directed, symbolises the struggle against the boundaries and borders imposed by the state, aimed to separate Israelis from Palestinians, borders that have become firm both physically and consciously for most Israelis. Accordingly, it is a struggle to dismantle existing distinctions and at the same time to point to them and show them to the public.