Transgender and religious -an oxymoron? 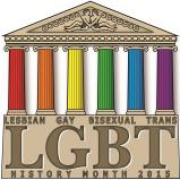 Alex Young has been a Student Worker at St. Peter's House for two years. He graduated with a degree in music from the RNCM in 2013, and performs regularly around the North West both as a solo harpist and with several orchestras. Since graduating, Alex has spent the past two years discerning his calling, and has been accepted to train for ministry in the United Reformed Church, starting in September 2015.

During his time at university, Alex was able to explore his transgender identity, and began to transition in the second year of his studies. Since transitioning, Alex has been a vocal and active campaigner for better visibility and treatment of people who are transgender. He is a peer educator with LGBT Youth NorthWest and a role model with Diversity Role Models and is passionate about educating young people and those who work with them about transgender people.

In particular, as a transgender person who is also a person of faith, Alex is determined to break down stereotypes and demonstrate - by sharing his experiences - that labels are for jars, not people.