Beyond Anti-Austerity? The Possibilities and Limits of Movements Resisting Neoliberalism 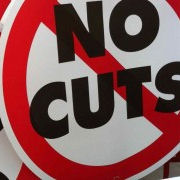 The wave of protests instigated by the financial crisis in 2011 has already developed new tactical repertoires and targeted both economic and political elites across a wide range of national contexts.

In Europe, the loudest rallying cry has become ‘Anti-Austerity’, bringing mass protests against a seeming consensus among governments that stringent cuts to welfare and services are the only economically viable route to recovery. Early hopes among the left that the financial crisis might kick start a shift away from market-centric orthodoxies have been disappointed as it has become obvious that for those in power the answer to neoliberalism’s crisis is further neoliberalism.

Do these new movements offer anything novel in opposing this old enemy? Is this conflict purely motivated by defence of what is left of the welfare states? Does the current conjuncture raise new opportunities or pose new limits for resistance to neoliberalism?

Beyond Anti-Austerity? will be a roundtable event to elaborate and explore these questions and many others. Chaired by Gemma Edwards (UoM, Sociology), we’ll ensure there is plenty of time for discussion after opening contributions from our panel:

This event has been co-organised by movements@manchester and the Global Political Economy Research Cluster. It is part of a series of events celebrating 50 years of sociology at The University of Manchester.