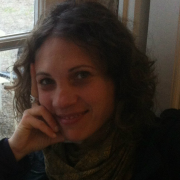 In the international academia not much attention has been paid to audio-visual practices existent outside the discipline of visual anthropology that have (or aim to) contribute (d) to anthropological knowledge. For too long visual anthropology has been over-preoccupied to repeat an internal discourse about key anthropologists-filmmakers, their relationship with technology and the key historical moments in which these personalities have contributed to different ethnographic film styles. This preoccupation has fostered the creation of a ‘closed’ sub-discipline disconnected from its wider ‘whole’ but also detached from other audio-visual practices existent beyond anthropology. Nether the less, there is a fine line between the process of creating audio-visual work (within and outside visual anthropology) and the anthropological process of creating social science. In this paper, I will analyse this similitude by considering filmmaking and anthropology as two art-practices always concerned with questions of ‘slowness’ and ‘engagement’. The analysis of this paper will be based on ethnographic fieldwork conducted with documentary filmmakers in India (and partially in France) and first-person reflections and analysis during and beyond fieldwork.