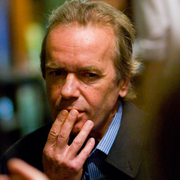 Martin Amis returns to Manchester, where he was the University’s inaugural professor of creative writing 2007-11, to read from his new novel The Zone of Interest, the follow-up to Lionel Asbo, which Richard Ford described in the Guardian as “Both funny and serious, and (as always with Amis) very very on-the-money” Nick Laird was writer fellow at the University of Manchester’s Centre for New Writing in 2011. ‘Raw but dignified, lyrical but never fussy’, according to Dave Eggers, Laird has published two novels, while his third collection of poems, Go Giants, was published last year.