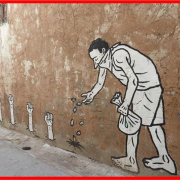 I’m very happy to announce that the first Pankhurst Politics Seminar for this semester is Wednesday 21st of February (next week) from 1.00-2.30pm, to be given by Sandra Pogodda entitled ‘Violence and Revolutions’. This will be held in room 6.211 at university place . Sandra’s research focuses on state formation processes in the revolutionary societies of the Arab region; resistance movements; revolutionary challenges to peace and conflict studies; and critical development studies.

The Pankhurst Politics Seminars are research talks aimed at a student audience, in which members of staff in Politics talk about their own recent research, followed by questions and discussion with the audience. Emmeline Pankhurst was born in Moss Side, Manchester, in 1858, and was a political activist and leader of the British suffragette movement. The New York Herald Tribune called her "the most remarkable political and social agitator of the early part of the twentieth century and the supreme protagonist of the campaign for the electoral enfranchisement of women." Her daughters Christabel, Adela and Sylvia were also well-known activists. This series of seminars honours Manchester’s radical political history.