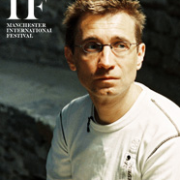 Manchester International Festival is delighted to welcome Mark Andre to the Festival for the first ever UK performances of his work.

Often referencing spiritual or metaphysical themes, Andre’s music is complex and thought provoking, bringing together harmonious and discordant sounds to create something new and vital. A protege of Helmut Lachenmann, Andre is the recipient of numerous awards for his deeply engaged and moving work.

The music of this remarkable composer is presented in two parts.

Part 1 (15:00 – 16:30) sees the screening of two films by Pierre Reimer made to accompany two large-scale orchestral compositions by Mark Andre: the world premiere of hij and the UK premiere of modell, plus a live piano performance of Andre’s iv1 by Yukiko Sugawara.

Produced by Manchester International Festival in association with Festival d’Automne à Paris. MIF would like to thank Josephine Markovits and Sir Brian McMaster.

Please note that latecomers will not be admitted