Queering the lens of Black activism in the UK 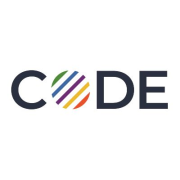 In the second of our SLRC in conversation series we invite a discussion that reflects on the (in)visibility of LGBTQ+ Black people in the stories we tell ourselves about Black liberation, solidarity and anti-racist struggle in Britain. In the 1990s, the decade of Stephen's untimely death, Europe's first Black Lesbian and Gay Centre (BLGC), established in the 1980s, had secured a permanent home in Peckham. Section 28 criminalising the so-called promotion of homosexuality was still in full effect and Justin Fashanu had become the first professional footballer to come out as gay.

Our intention with the conversation is to open up a discussion that reflects on how Britain's Black and queer histories of activism, community, resistance, and oppression are remembered, and consider what is at stake when those stories fall through the cracks and are left undocumented.

As community workers, youth workers, academics, equality and diversity professionals and LGBTQ+ advocates - our speakers enter this conversation with a range of expertise, first-hand accounts and archival insights. Collectively, we will explore how Black queer histories are a constitutive part of Black British history and ask what value an inclusive understanding of anti-racist struggles might have for future forms of Black solidarity.

The conversation will be followed by a drinks reception.

Organised by CoDE and the Stephen Lawrence Reserch Centre.