MERI Seminar - Deep heat in Newcastle: the Helix well and the search for geothermal energy in an urban setting 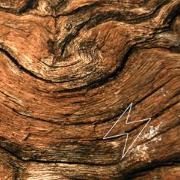 In 2011, Newcastle Science Central no 1 was drilled to a depth of 1821 m to investigate the geothermal potential of the Fell Sandstone Group, which is part of the Lower Carboniferous Border Group that outcrops to the north of Newcastle. The aim of the borehole was to intercept faults associated with the 90 Fathom Fault system, and to intercept brines known to exist at depth in the area. In 2014, the well was completed to a depth of 1650.88 m, with the bottom 300 m perforated and sealed from overlying formations to permit testing of the formation.

Pump tests proved impossible. The Fell Sandstone at this location simply is not permeable enough to deliver flow for routine tests to be carried out. The drillers withdrew from the site, and we monitored recovery of the water level in the well, deducing that the hydraulic conductivity was 7 × 10?5 m d?1. The water that entered the well was highly saline, similar in composition to the deep mine waters known in the region.

We were left with a dry hole, and we have been able to use that to our advantage, as dry holes need to find a use, be they originally intended for hydrocarbon or groundwater production. Using funding from the EPSRC Decarbonising Heating and Cooling call, we start later this year an investigation to investigate the ability of the well to supply heat to the adjacent Urban Science Building. This heavily instrumented building was opened in 2017 as Newcastle University’s first building on the Helix site, informing the Urban Observatory.

This presentation will describe the site, the well, and the planned research, discussing implications for geothermal energy in other cities.

Biography: David Manning is a geologist by training, now Professor of Soil Science at Newcastle University. He holds an Honorary Chair in the School of Geosciences at Edinburgh University. His research focuses on carbon capture in natural and artificial soils (carbonation and biochar), and on both shallow and deep geothermal energy. He was Director of Mineral Solutions Ltd for 10 years, and President of the Geological Society of London from 2014-16.