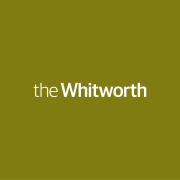 Nico Vascellari’s major work, Bus de la Lum draws on the ancient powers of the forest. Light, video and sound explore the legend of a natural cavity located within the woodland of the Cansiglio plateau. Shrouded in mystery, the void emits a strange glow that has long been associated with magic and ritual. During World War II it acquired a terrifying reputation as a death pit for prisoners and casualties of war. Bus de Lum is exhibited with an extraordinary new soundtrack recorded at the Whitworth with the acclaimed musician Ghédalia Tazartès.