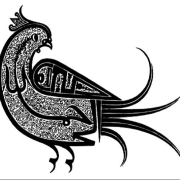 Language variation is a universal linguistic phenomenon which has attracted research work in many languages.  The level of variation in the Arabic language is quite high. This is due to its diglossic nature and the fact that it is spoken in a wide geographical land with each community speaking a different dialect while maintaining a unifying standard written variety.  A common question that many Arabic learners and educators face is how to cope with this variation in teaching and learning Arabic as a Second language?  One approach to answering this question is to investigate the Arabic native speakers' strategies in dealing with such variation and to examine the possibility of training the learners to have a native-like skill in dialectal comprehension.

This talk will present and discuss the results of two studies.  The first study investigated the strategies used by the native speakers of different Arabic dialects in order to achieve maximum comprehension in informal conversations.  The second study examined the effectiveness of training the students of Arabic as a Second Language to use the native speakers' strategies in order to achieve a higher level of comprehension of unfamiliar Arabic dialects.