In Conversation: Stephen Morris (SOLD OUT) 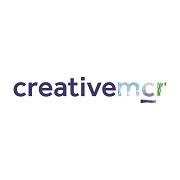 Join us for an evening of music, memories and culture. Professor of Popular Culture, Jon Savage will be in conversation with Stephen Morris, founder member of Joy Division and New Order and post punk percussionist extraordinaire. Stephen Morris has been a consistent fixture in New Order since 1980. The band's long career has included multiple world tours and headlining festival appearances. Outside of New Order, Morris has released albums and television soundtracks with his wife Gillian Gilbert under the name The Other Two.

Stephen has written two memoirs, Record Play Pause covering the Joy Division years and Fast Forward: Confessions of a Post-Punk Percussionist, which takes the reader from New Order to the present day. Jon Savage’s latest book is This Searing Light And Everything Else, an oral history of Joy Division.

Both Stephen’s and Jon’s books will be available to buy on the night and?a book signing will take place after the event.

This event is presented in partnership with Creative Manchester and the John Rylands Research Institute and Library. The British Pop Archive is the first specifically designated national popular culture archive in the UK. Based at the John Rylands Research Institute and Library, it aims to celebrate and preserve the records of British popular culture, including popular music, recognising its pivotal influence on the world stage.