The Book of Shanghai: Chen Danyan & Wang Zhanhei in conversation 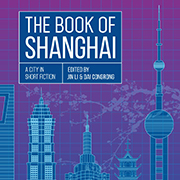 Join us for a literary exploration of the city of Shanghai as part of a very special event, showcasing Comma's city anthology The Book of Shanghai, which features ten contemporary Chinese authors. We will be joined by two contributing authors Chen Danyan and Wang Zhanhai, who will be in conversation with Comma Press' CEO & Publisher, Ra Page, about what it is to be a young, female writer in China today, writing about the lives of urban Chinese residents.

A joint event between the Confucius Institute at the University of Manchester and Comma Press.

Biography: Chen Danyan was born in 1958 in Beijing, and moved to Shanghai as a child. After studying Chinese literature at East China Normal University (1978–1982), she worked as an editor for the Children's Epoch magazine. Her autobiographical novel Nine Lives (1992) dealt with childhood experiences of the Cultural Revolution, and received the UNESCO-Prize for Peace and Tolerance and was nominated for the 1996 German Youth Literature Prize. She is best known for her trilogy of biographical narratives: Shanghai Memorabilia, Shanghai Princess, andShanghai Beauty, and central to her recent work is an exploration of the lives of younger generations (in particular young women), growing up in the context of China's one-child policy.

Biography: Wang Zhanhei is one of China’s most successful young writers, and author of two short story collections, Air Cannon, which won the inaugural Blancpain-Imaginist Literary Prize, and Neighborhood Adventurers, which focuses on the lives of working class urban Chinese people. She is a graduate from Fudan University, and also works as a high-school teacher.