Understanding 70 Years of Growth and Distribution in China 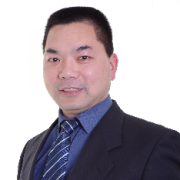 Understanding 70 Years of Growth and Distribution in China

Since the inception of the People’s Republic in 1949, China’s economy has grown from accounting for less than 4.2 percent of world total GDP to around 19 percent in 2018, with growth rates near 10 percent per annum in the last 40 years. However, over the reform period since 1978, China’s inequality grew with the Gini coefficient reaching and remaining at 0.47 for a long period of time. This makes China one of the world’s most unequal societies. Increasing inequality in both the level and the growth of income and wealth has been driven by the urban-rural divide and inter-province disparities. Despite the high levels of inequality, redistributive policies were almost non-existent before 2005, and they still play only a small role in curbing inequality.

This talk reviews the political philosophy behind China’s income distribution and redistribution theory and practice, and discusses its achievement and shortcomings.

Dr. Xiaobing Wang is a senior lecturer (associate professor) in Department of Economics at the University of Manchester. He received his PhD degree from King’s College London, and his masters’degrees from the London School of Economics and the University of Birmingham. Xiaobing Wang’s research is in the area of Growth and Development?Structural Change, and the Economics of China, with special interest in Chinese development models, and the income distribution in China. He has extensive media experience (TV, radio and newspaper) and is a frequent commentator on the Chinese economy and a wide range of global economic issues such as global imbalances and aids in Africa.

Please note, You must register on the Eventbrite link below, to attend this seminar, as lunch is included