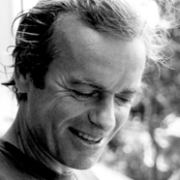 Martin Amis, Professor of Creative Writing at the Centre for New Writing at The University of Manchester will discuss the impact of Literature on Film with author and screenwriter Andrew Davies. Davies has been writing for the screen since 1965 and is well known for his adaptations of classic works of literature, including the 1995 television adaptation of Pride and Prejudice. Davies has won six BAFTA awards, and two Emmys.

These events will include a Q&A session, allowing members of the public to put their questions and opinions to the panel.