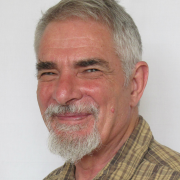 THE ENIGMA OF MAX GLUCKMAN

Max Gluckman was one of the more enigmatic figures in post-World War 2 social anthropology. Some have suggested that his `Bridge´ essay is the single most important article in the discipline, others have dismissed him as a controversial figure, an anti-colonial activist, and a critic of establishment views in the social sciences and in public life. Not only was he a complex person, but so was social anthropology in this era. Applying a method which emerged under his influence, the extended case study, I examine his career and the impact of his networks and his socio-cultural milieu on his scholarly innovations and life trajectory.

RECEPTION FOR LIBATIONS – ALL WELCOME