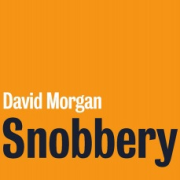 From one perspective snobbery seems slightly quaint, certainly old-fashioned and somewhat marginal to contemporary concerns. Yet, a quick look at a week's newspapers would indicate that it is still a live issue and that we seem to be confronted with a proliferation of snobberies. Snobbery has clearly changed in character over the centuries but it still matters. It matters to individuals, especially those who may be at the receiving end and it matters more generally because it still has a role in current social dramas such as Brexit and the election of Donald Trump. Sociologists should, therefore, take it seriously.

The talk is based upon 'Snobbery' published this year by Policy Press. David Morgan is now an Emeritus Professor at Manchester, having previous taught there for around 37 years. Before being seduced by snobbery he was interested in family studies, men and masculinities and acquaintanceship.

Tea and coffee from 1.45pm, seminar starts at 2pm.