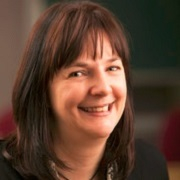 How young people use social media to engage with politics in an age of online celebrities and politicians is to be the topic of a special seminar hosted by Democracy and Elections, the hub for electoral politics at The University of Manchester. Join Dr Ariadne Vromen from The University of Sydney on Monday July 13, who will be talking about her latest research on how young people in Australia, UK and USA use Facebook to share information, express themselves, and take action.

She will describe how young people think social media is a good way to reach disaffected voters and like to use social media to have political discussions, share information and organise events. However, she finds, they tend to avoid conflict which may suppress some debate. She combines her survey findings with qualitative analysis of how young people describe their willingness to engage in politics on social media.

She says: “Young people are generally positive using social media to engage with politicians, debate issues and organise events. They also enjoy celebrities acting and speaking politically within social media. However, these findings also show some general reluctance among this age group to take political action because of possible conflict and disagreement with their peers.”

Dr Vromen’s research provides important new insights into how social media can help engage young people with politics and civic participation. She has challenged the popular notion that politicians who use social media like Twitter and Facebook switch off cynical younger voters who want nothing to do with politics.

Young people's civic engagement in a social media age: from communicative politics to celebrity politicians with Dr Ariadne Vromen takes place on July 13 from 1pm to 2.30pm. It will be in room 2:07, Humanities Bridgeford Street. For more details email Mike Addelman, Communications and Marketing Manager, at michael.addelman@manchester.ac.uk