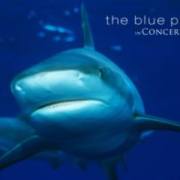 The award winning bluedot festival will be opening early this year with Blue Planet in Concert, performed by the Halle Orchestra on Thursday 19th July.

The show combines live music against a backdrop of remarkable footage from the original Blue Planet 2001 television series produced by the acclaimed BBC Natural History Unit.

Conducted by the composer, the Halle will perform George Fenton’s internationally acclaimed concert version of the original Blue Planet score, promising a unique and awe-inspiring spectacle in HD, exploring the vast oceans on our pale blue dot, and the challenges we face for the future.

Price: £35 each (or £29 when purchased with with a bluedot festival weekend ticket). VIP tickets available for £59