Locating Guyane: a two-day, interdisciplinary conference at the University of London Institute in Paris (ULIP) 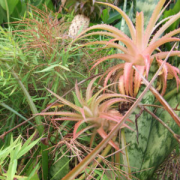 French Guiana (Guyane française), overseas department of France in equatorial South America and ‘ultraperipheral region’ of the EU, consists of a land area equivalent to that of a European country, though boasts a population that would barely people a European city. The region seems to typify the “faultline between the large and the little” which Richard Price has attributed to Martinique, yet it remains on the margins of Antilles-dominated discourses of postcolonial/creole identities. This conference will explore the conceptual situation of Guyane, as a relational space characterised by dynamics of interaction and conflict between the local and the global. Does Guyane have, or has it had, its own place in the world or is it a borderland which can only make sense in relation to elsewhere; to France and its colonial history, for example, or to African and other diasporas, or as a ‘margin’ of Europe?

The conference is a joint initiative between researchers at the University of Manchester and ULIP. It will bring together postgraduates and established scholars from Europe, French Guiana, the US and the Antilles to discuss current work on - and future research paradigms for – this understudied and fascinating area. Keynote speakers are Richard Price, Sally Price and Bill Marshall. This initiative is supported by artsmethods@manchester, ULIP, the Social History Society, the Society for the Study of French History, the Society for French Studies and the Association for the Study of Modern and Contemporary France.