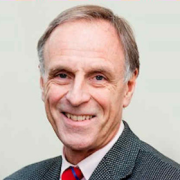 Professor Ashley Woodcock OBE is a consultant physician and clinical director at the North West Lung Centre and Professor of respiratory medicine and associate dean for clinical affairs at The University of Manchester.

He was the secretary of the RCP report Smoking and the young in 1992, and between 2002 and 2005 he was a member of the RCP's Tobacco Advisory Group. He is a past president of the British Thoracic Society and past chairman of the clinical assembly of the European Respiratory Society.

Professor Woodcock has worked for the Montreal Protocol for the Protection of the Ozone Layer for the last 20 years and has led the final phase-out of CFCs (chlorofluorocarbons) and now co-leads the overarching technology and economic assessment panel.

His talk will discuss the impact of leaded petrol, CFCs and greenhouse gases on the environment, and why we need to change to a precautionary approach.