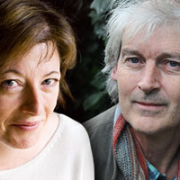 From X-Factor to X-Rated, the third least common letter in the English alphabet appears commonly in life. X occurs at the moment when the known and the felt, the real and the intuited, cross each other’s paths. The poems in X (a PBS Recommendation) take pleasure in a shimmering fascination with surface and with depth. From the luminous colour and candour of the garden sequence, to its response to the transcendent spaces of Danish artist, Vilhelm Hammershøi, X marks feeling and experience in language as daring as it is beautiful.

X is a book of honesty and poise: its lustrous detail and exacting truths make this a groundbreaking publication from a poet hailed in Poetry Ireland Review as ‘among the best Irish poets writing today’.

Jamie McKendrick: Jamie McKendrick has published six books of poetry including The Marble Fly, which won the Forward Prize, and most recently Out There, which won the Hawthornden Prize. He edited The Faber Book of 20th-Century Italian Poems and he has translated two novels by Giorgio Bassani, a verse play by Pier Paolo Pasolini and Valerio Magrelli’s poems, The Embrace, which won the Oxford-Weidenfeld Translation Prize and the John Florio Italian Translation Prize in 2010. Archipelago, his translation of Antonella Anedda’s poems is due to be published in 2014.