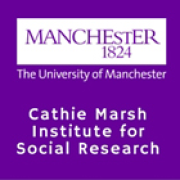 Abstract: Traditionally the principal ideological division in British politics has centered on the role of the state in the economy and the principal demographic division has been social class. However, the debate in the EU referendum was primarily about Britain’s relationship with an increasingly globalized world, while the principal demographic divisions were age and education. Thanks to the majority vote to Leave this referendum debate has continued beyond polling day; Brexit now the principal item on the agenda of British politics and precipitated an early general election in 2017. This talk examines how far Brexit reshaped the ideological and demographic basis of electoral support in that election, and the implications this may have for the future of British party politics.

Join us for this event, which is part of the CMI Afternoon Seminar Series. All welcome.

Please note the change of venue. This seminar in now being held in the Blackett Theatre, Schuster Building.

The Cathie Marsh Institute for Social Research (CMI) provides a focal point at The University of Manchester for the application of quantitative methods in interdisciplinary social science research in order to generate a world class research environment.