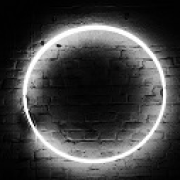 Proposals are invited for twenty-minute papers to be delivered in English for the international and interdisciplinary conference Beyond Speech: Silence and the Unspeakable across Cultures, to be held at the University of Manchester on the 8th May 2015.

The conference aims to explore the ways in which silence, the ineffable, and the unspeakable are represented, interpreted, and subverted across a broad range of cultures and cultural media.

Contemporary theory has problematised traditional notions of meaning and signification. Rather than approaching texts with the aim of deciphering a single message from a supposedly coherent self, scholars are increasingly drawing our attention to how texts “mean” in various other ways. This international, interdisciplinary conference aims to explore this direction in cultural studies by discussing how cultural texts are capable of expressing the ineffable, of hinting at concepts and ideas that are beyond speech and therefore outside straight-forward meaning-making. This creates a paradoxical tension, as texts attempt to represent concepts that can be considered as beyond representation. It equally gives rise to methodologies that foreground the materiality of art, as opposed to its signifying role.

How have cultural texts and artefacts sought to bridge the void of representation that lies beyond speech?

How can concepts and meanings located beyond standard modes of representation be expressed and considered?

In what ways do attempts to frame such concepts affect cultural power structures?

We are particularly interested in media from cultures and subcultures beyond, or marginal to the English-speaking world, but will consider all proposals.

Please submit abstracts of 250 words as Word or PDF email attachments to beyondspeech15@gmail.com by the 16th March 2015.

Registration, lunch, tea/coffee breaks, and the end-of-conference wine reception will be free. There will be an affordable charge for the conference dinner.