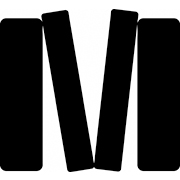 'I live with the dread that one day when my young muscles rebel, can take no more stillness and the brutal confinement of my very self, I will stand and strip naked and burst out of my skin.' Without Warning and Only Sometimes is Kit de Waal's memoir of a childhood of opposites and extremes. Raised in Moseley, Birmingham, with her siblings, food was scarce. Their mother worked multiple jobs and believed the world would end in 1975. Their father's paradise was home - St Kitts - and when he wasn't splurging on fancy clothes and a car, he was saving to build his dream house there. Eventually teenage Kit found a route that led to her becoming an award-winning writer. Kit is the author of three previous books. My Name Is Leon won the Kerry Group Irish Novel of the year, was shortlisted for the Costa Novel Award and has been adapted for TV by Lenny Henry's production company, and The Trick to Time was longlisted for the Women's Prize for Fiction.