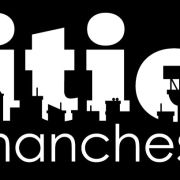 The shifting demographic, physical, and commercial profile of Harlem, New York, has prompted a surge of media coverage in recent years. Much of this coverage has contended that gentrification spells the end for the neighborhood as the epicenter of black political and cultural life in the United States, and even in the black diaspora or “Black World.”

With funding from Cities@Manchester, and support from Columbia University, this project aims to subject these notions of Harlem’s exceptionalism, and its complex symbolism, to sustained examination. Rarely have scholars asked why Harlem came to acquire a reputation as an exceptional site of black life, or if, when, and how it has merited its multitude of labels. In order to do this the project brings together leading scholars of Harlem’s history and culture from across the humanities, and from across three continents. These include: Martha Biondi (Northwestern), Themis Chronopoulos (UEA), Clare Corbould (Monash), Jacob Dorman (Kansas), John L. Jackson (UPenn), Winston James (UC-Irvine), Minkah Makalani (Texas), Paula Massood (Brooklyn-CUNY), Kevin Mumford (Illinois), Cheryl Wall (Rutgers), Shane White (Sydney), in addition to the project’s two conveners, Daniel Matlin (King’s, London), and Andrew Fearnley (Manchester). These scholars will meet at Columbia University’s Institute for Research in African American Studies, in New York, on July 29th and 30th.

This two-day workshop, and the collection of essays that will result from it, will be organized into three sections: mythologies, models, and black no more? Contributors to ‘Mythologies’, including Jacob Dorman, Clare Corbould, Andrew Fearnley, Paula Massood, and Daniel Matlin, will, in their different ways, seek to establish the reasons why, and the means by which, notions of Harlem as a “race capital” and an exceptional locus of black life were produced and reproduced over the course of the twentieth century. The workshop’s second section, entitled “Models,” will feature papers by Winston James, Cheryl Wall, Kevin Mumford, Minkah Makalani, and Martha Biondi. Each of these scholars will offer papers that will model new ways of writing Harlem’s history that foregrounds the neighborhood’s interconnectedness and characterize its distinctiveness and significance without recourse to casual assertions of Harlem’s exceptionalism. Finally, the two contributors to the third theme, Themis Chronopoulos and John L. Jackson, will examine recent transformations in Harlem’s real estate and demography that have simultaneously amplified claims about the neighborhood as “race capital” and called the present and future of that status into question.