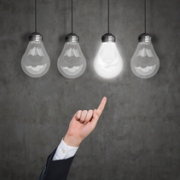 Economist, Jim O’Neill in conversation with Andy Bounds, North of England Correspondent and Enterprise Editor at the Financial Times

This event brings together in conversation, economist and former Chairman of Goldman Sachs Asset Management, Jim O’Neill, with the Financial Times’ North of England Correspondent and Enterprise Editor, Andy Bounds.

Jim is well known for coining the terms BRIC and MINT and earlier this year was made an Honorary Professor of Economics at The University of Manchester. He currently chairs the City Growth Commission - an independent commission looking at the future of UK cities and how we can achieve complementary growth between London and other cities.

Brought up in Gatley, Manchester, Jim worked for Goldman Sachs Group between 1995 and 2013. He was Chairman of Goldman Sachs Asset Management and the firm's Chief Economist from 2001 to 2011. Before joining Goldman Sachs, he was Head of Global Research at Swiss Bank Corp.

The event will begin at 5.45pm with a drinks reception, Jim and Andy will then look at what’s NEXT for the global and UK economies at 6.30pm.

There will be lots of opportunities for the audience to put questions to both Jim and Andy.