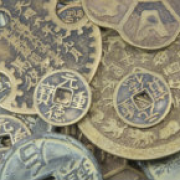 This talk will provide an overview of some of the “economic” ideas that emerged during the Spring and Autumn and Warring States periods (c. 770-226 BC) from different “schools” of thought including the Confucians, Legalists and Daoists. The ancient (pre-Qin) Chinese did not compose works on pure economic theory in its modern sense. But, as with the ancient Greeks, they did address questions that we would recognise as “economic” in nature, including the organisation of production and the role of the state, the scope and desirability of profitseeking activities, scarcity, consumption, trade, taxation, population, and welfare.

Terry Peach co-edited (with Cheng Lin and Wang Fang) The History of Ancient Chinese Economic Thought (Routledge, 2014). He is currently involved in a research project with Chinese colleagues on the political economy of the Han dynasty and its legacy.