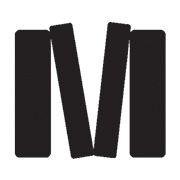 ‘If I can pull us back into one conversation, the question is how to reclaim our America, a traditional America that honours the dreams of our forefathers.’ In a hotel in Phoenix, Arizona on the night John McCain is defeated and Barack Obama becomes the first Black president of the United States, the Big Guy decides to assemble a crack team of men who plan to disturb and disrupt and reclaim their version of America. At home though, he has to contend with a wife unsatisfied with the life they’ve created and a daughter who’s just beginning to see the world as it really is. A.M. Homes joins us to discuss her superb new novel The Unfolding about how that night led us to where we are now. She is the author of seven novels including This Book Will Save Your Life and May We Be Forgiven, which won the Women’s Prize for Fiction 2013. Hosted by broadcaster Razia Iqbal.